Maximilian Lawrie is a young British tenor with a diverse experience of singing and musicianship, being an experienced choral and consort singer, consort soloist, and operatic tenor. Maximilian is currently studying in his final year of the Royal Academy of Music’s opera course, under the pupilage of Giles Underwood.

As a teenager, Maximilian was an active all-round musician, being a pianist, organist, composer, double bassist, as well as a singer. As a composer, Maximilian received various commissions and performances from local orchestras and choirs, and was shortlisted for the 2012 BBC Young Composer’s Competition for his work Six Epigrams. His double bass playing took him on orchestral tours to Europe, and included performances accompanying John Lill and Craig Ogden. His organ playing included playing for local churches around Hatfield, as well as organising and directing choirs. Early signs of proficiency in singing included winning the Vocal category of the Hatfield and District Music Festival in 2012.

In 2014, Maximilian won a choral scholarship to sing with the Choir of Magdalen College Oxford as an Academical Clerk and read music at the University of Oxford. With the choir, Maximilian appears as soloist on CD (On Christmas Night, 2016, The Pillar of the Cloud, 2019, Sing, Precious Music, 2020) and soloist live on Radio 3 (‘The Choir’, March 2015). Maximilian was also very active in Oxford’s opera scene, notably performing the roles of Male Chorus in Britten’s ‘The Rape of Lucretia’ and the titular role in ‘Albert Herring’ (2016). Concluding his time in Oxford, Maximilian received his results of a first-class degree on the day of the performance of Gerald Finzi’s solo cantata Dies Natalis with the Waynflete Sinfonia.

Since graduating, Maximilian continued to sing with Choir of Magdalen College Oxford, and engaged in Oxford’s opera scene with New Chamber Opera, portraying Acis in ‘Acis and Galatea’ (2017), Tom Rakewell in ‘The Rake’s Progress’ (2018), Sempronio in ‘Lo Speziale’ (2018), as well as premiering the role of Richard Gerstl in Freddie Meyers’ new opera ‘A Sketch of Slow Time’ (2017). Other highlights include tenor soloist in Bach’s Mass in B minor at St John Smith Square with the English Baroque Choir, alongside current and former members of the King’s Singers; as a finalist and representative of the University of Oxford at Musica Britannica’s Sir Anthony Lewis Memorial Prize Competition at the Royal Academy of Music; and a private recital for The Peter Warlock Society of his music and works by John Dowland.

Since starting at the Royal Academy of Music during his Masters, Maximilian partook in the final concert of Iain Ledingham’s 10 year Bach project, a St Matthew Passion under Trevor Pinnock, and provided the music for a lecture-recital in the Royal Academy of Music Museum. He has received masterclasses and coachings from active professionals including Brindley Sherratt, Toby Spence and Christian Gerhaher. Outside of education, Maximilian performed the role of Don José for two productions of Carmen: for Rogue Opera in London and Bournemouth, and for Cambridge University Opera Society in Cambridge. Most recently, Maximilian reprised the role of Sempronio in Lo Speziale for New Chamber Opera, at the British Ambassador’s residence at the Hôtel de Charost in Paris. Other highlights included a tour with Eton College Choir to Hong Kong, where he performed the tenor solos in Bernstein’s Chichester Psalms under the baton of Leonard Slatkin and the Hong Kong Philharmonic, also broadcast live on radio.

Starting the Royal Academy Opera course in 2020, Maximilian has since performed the roles of Lysander (A Midsummer’s Night Dream) and First Sailor (Dido and Aeneas), and is looking forward to performing Rinuccio in Gianni Schicci for the Academy’s Autumn Production. Maximilian is grateful for the support of the Suresh and Richard McMillan Scholarships for Music and Opera, in particular for studying on the opera course.

In his spare time, Maximilian likes to engage with lots of other aspects of music, including, as a jazz double bassist playing in local bars and pubs; a jazz pianist, featuring on Evening Light; and as a composer. 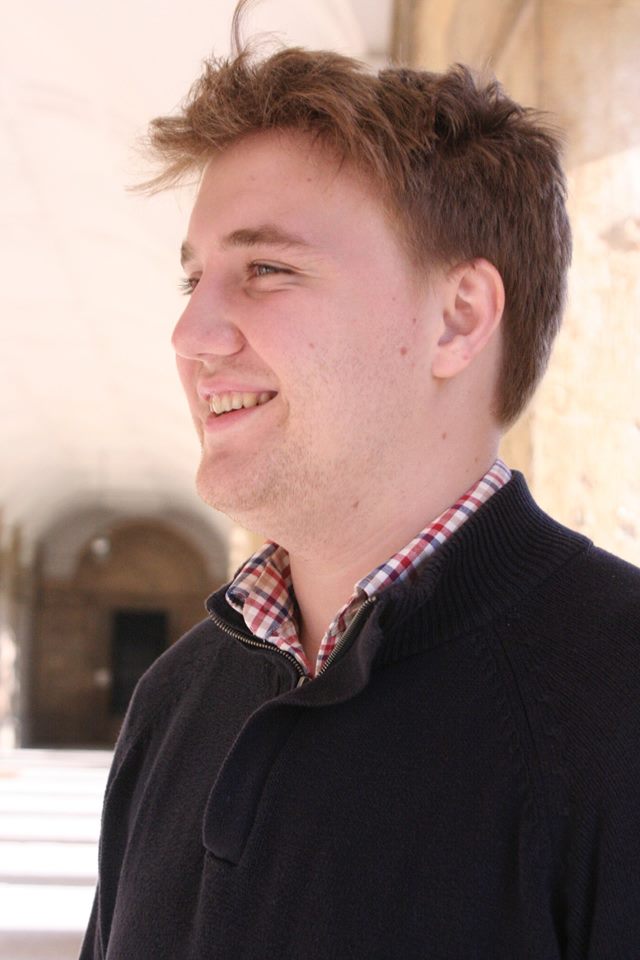